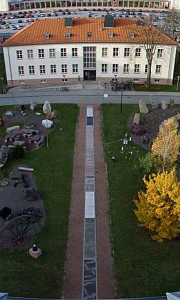 Change and Adaptation in Socio-Ecological Systems 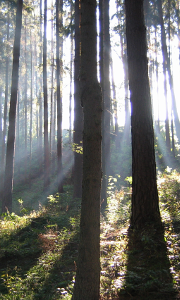 Halle is situated in the metropolitan area Leipzig-Halle-Bitterfeld and is one of the eldest cultural hotspots in the region with buildings from the time of Charlemagne, an old medievalle market place and a rich cultural landscape including wine growing areas in the Saale-Unstrut Valley, manifold old and highly impressioning castles such as Moritzburg, Giebichenstein or Wettin, prehistoric sites and old monastries. Halle is also a cultural hotspot, being the hometown of Händel and offering a barock garden and manifold concert opportunities.

On the other side, the region counts to the most industrialized ones in Germany with still active open cast mining and brown-coal based energy production, old chemistry industry blocks such as Leuna and Buna and many remnants from the industrial revolution. Restoriation of landscapes is going on through flooding and renaturalization of former open cast mining areas so that new nature and recreation hotspots are emerging. From an architectural view, the old medievalle center and the post-modern blocks in Halle Neustadt form an interesting contrast.


Huge agricultural complexes (start of the "Boerde soils") compete with very old grown forests which host even the eldest forest research plots, e.g. from Danckelmann in the Dübener Heide. Overall, it is the contrast between technotopes and nature, between our eldest culture and modernistic conglomerations, between old culture (Händel) and modern art (Freiraumgalerie) which makes Halle so interesting to visit and experience.

The Conference will be take place at the


Here you can find a virtual sightseeing flight over the campus (Adobe Flash Player needed):
http://uni-halle.virtiv.de/vtour/tour.html